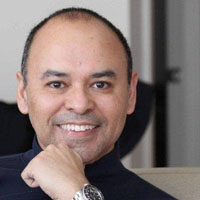 Innovation team at World 50, Inc. Previous to World 50, Carlos was a Principal in EY’s Consulting Practice as well as the Managing Director of Accenture’s Supply Chain and Procurement BPO business.

In addition to his corporate roles, Carlos holds the position of Senior Research Fellow and Adjunct Professor in the Logistics, Business and Public Policy Department at the University of Maryland’s Robert E. Smith School of Business.

Carlos is a frequently published author on strategy, risk and procurement, and he is the editor of the Reconnomics blog (http://reconnomics.com), which he founded.

Carlos holds a Bachelor of Arts in Humanities from Hampden-Sydney College and started his PhD studies at Cornell University.

Rex Eagan has a wealth of experience in providing engineering and IT services and products to federal government clients.  He serves as CEO of JAG, a Veteran’s Administration certified Service Disabled Veteran-Owned Business.

Prior to his work with JAG, Rex co-founded Eagan, McAllister Associates Inc. ("EMA"), a government contracting company, in 1984. Under his guidance as Chairman of the Board of Directors, the company grew from two employees to over 1,000, and revenues grew from $12,000 to over $100 million annually. Rex retired from EMA in 2000

Mary’s County (MD) Department of Economic and Community Development as the first inductee into its Business Hall of Fame.

In addition to successfully starting and running companies, Rex is an accomplished educator and trainer. He brings over thirty (30) years of experience in government contracting to the classroom.

Rex is a veteran of the Vietnam War. He served on active duty as a commissioned officer in the US Navy from 1964 to 1969. 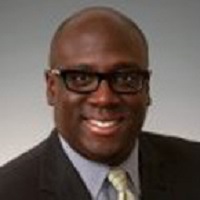 Previously, Ed served as Chief Communications Officer of Nielsen (NYSE:NLSN) a leading global consumer intelligence company providing the largest brands and advertisers with data and insights about what consumers watch and what they buy.

Earlier in his career, Ed was Vice President, Network Communications at Disney's ABC Television Network where he was responsible for MediaNet, the network's digital promotional platform for media outlets, business communications, program publicity and talent relations.

Prior to ABC, Ed was a principal at Sawyer/Miller Group, a consulting unit of the Interpublic Group of Companies, where he oversaw the branding practice. Admitted to practice law in New York, Ed began his career as an attorney in private practice in New York City. 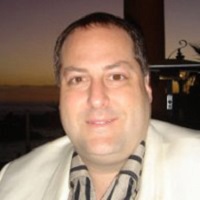 Michael is Executive Chair of the UCLA Venture Capital Fund, a group whose purpose is to foster entrepreneurship in the UCLA community by connecting the worlds of university, capital and entrepreneurship.

He is also Managing Director of Act One Ventures, whose primary focus is on early stage technology, life sciences, and media/tech companies where a founder, executive, or investor is a member of the UCLA community, including alumni, faculty, students, and parents.

Michael is an entrepreneur himself, having founded and co-founded both private and public companies in the last 28 years. Most recently, Michael served as CEO/Founder of Rainmaker Systems, a NASDAQ-listed company. Rainmaker is a leading SaaS company providing Business to Business e-Commerce to leading brands worldwide.

Michael previously co-founded UniDirect, a pioneer in electronic software licensing and distribution. Additionally, Michael serves as Chairman of RivalMe which makes an innovative, mobile-social, trivia game and is an investor and advisor to several businesses. 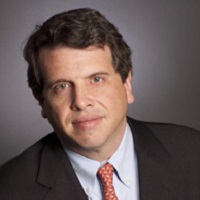 Nicholas Colas is a managing director and chief market strategist at a leading global brokerage and trading-related services firm. He is responsible for analyzing trends in the economy and financial markets. A seasoned Wall Street analyst and portfolio manager, he provides his clients with in-depth market analysis and commentary through his daily Morning Market's Briefing.

Mr. Colas previously worked at Rochdale Securities, LLC, a provider of brokerage and independent research services, where he built the equity research team and oversaw development of a proprietary valuation model. Prior to his tenure at Rochdale, Mr. Colas served as a portfolio manager at SAC Capital and Silver Capital Management.

Earlier in his career, he was a senior equity analyst in the auto and auto parts sector of Credit Suisse First Boston. He was also the lead analyst on a number of large investment banking transactions.

Mr. Colas was ranked as first or second in the Wall Street Journal survey of analysts covering the auto sector from 1997 when the polls started there, until 1999 when he left the sell side. He was also consistently ranked in the top five in the Institutional Investor survey.

Mr. Colas holds an M.B.A. from the University of Chicago Graduate School of Business and a B.A. in Near Eastern Archaeology from Haverford College.